The Untold Story of Notpetya, the Most Devastating Cyberattack in History 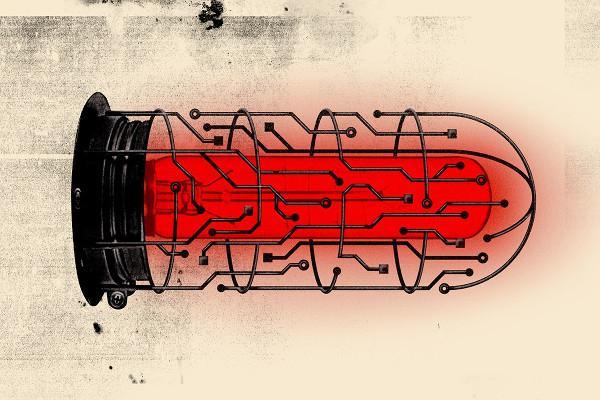 It was a perfect sunny summer afternoon in Copenhagen when the world’s largest shipping conglomerate began to lose its mind.

The headquarters of A.P. Møller-Maersk sits beside the breezy, cobblestoned esplanade of Copenhagen’s harbor. A ship’s mast carrying the Danish flag is planted by the building’s northeastern corner, and six stories of blue-tinted windows look out over the water, facing a dock where the Danish royal family parks its yacht. In the building’s basement, employees can browse a corporate gift shop, stocked with Maersk-branded bags and ties, and even a rare Lego model of the company’s gargantuan Triple-E container ship, a vessel roughly as large as the Empire State Building laid on its side, capable of carrying another Empire State Building–sized load of cargo stacked on top of it.

That gift shop also houses a technology help center, a single desk manned by IT troubleshooters next to the shop’s cashier. And on the afternoon of June 27, 2017, confused Maersk staffers began to gather at that help desk in twos and threes, almost all of them carrying laptops. On the machines’ screens were messages in red and black lettering. Some read “repairing file system on C:” with a stark warning not to turn off the computer. Others, more surreally, read “oops, your important files are encrypted” and demanded a payment of $300 worth of bitcoin to decrypt them.

Across the street, an IT administrator named Henrik Jensen was working in another part of the Maersk compound, an ornate white-stone building that in previous centuries had served as the royal archive of maritime maps and charts. (Henrik Jensen is not his real name. Like almost every Maersk employee, customer, or partner I interviewed, Jensen feared the consequences of speaking publicly for this story.) Jensen was busy preparing a software update for Maersk’s nearly 80,000 employees when his computer spontaneously restarted.

He quietly swore under his breath. Jensen assumed the unplanned reboot was a typically brusque move by Maersk’s central IT department, a little-loved entity in England that oversaw most of the corporate empire, whose eight business units ranged from ports to logistics to oil drilling, in 574 offices in 130 countries around the globe.

Jensen looked up to ask if anyone else in his open-plan office of IT staffers had been so rudely interrupted. And as he craned his head, he watched every other computer screen around the room blink out in rapid succession.

Continue reading this incredible tale from our friends at wired.com